In earlier days, marketing a product or Service was more a manual activity than a technologically driven one.

With the advent of social media as an effective platform, modern technological developments have made marketing a quicker and easier one.

Social media is the fastest growing trend in the history of the world.

This sector has grown faster than the Internet itself.

All such platforms enable social networking which directly contributes to brand visibility.

E-commerce giants like Amazon, Flipkart always use social media as a tool to promote their products and services.

We V&D Global Solutions as a Social Media Marketing Company will support you in enhancing your Brand visibility .

That helps in high return on investment facilitating business expansion and revenue over a period of time.

Social Media Marketing acts as one of the best sources not only for marketing the products and service offering of business houses .

But also serves many other purposes.

It helps organizations communicate with their current as well as prospective customers in a periodical manner by sharing the updates.

They also act as a good source of Entertainment when done through specific platforms.

Many times, Social Media platforms act as amazing sources for creating and sharing educational material particularly through what is called Blogging.

Why is Social Media Marketing important for Business?

Social Media Marketing has taken the business community by storm through the immense speed and wide spread reach it has over potential customers.

However, there are still many who believe in the traditional ways of marketing.

This section is to explain the importance of Social Media Marketing in today’s typical business scenario.

Below is the Statistics of Number of Internet users Worldwide 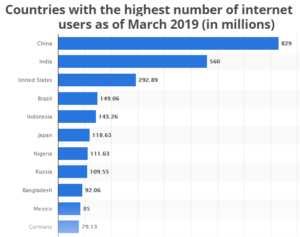 The statistics given below shows the inevitability of Social Media in our life and its omnipresence in the world around us. 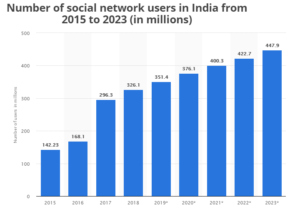 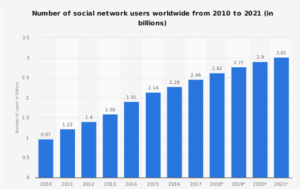 The world has witnessed immense development in the Social Media are in making it a small ball in the hands of people who dwell in Planet Earth.

Most popular social networks worldwide as of July 2019, ranked by number of active users (in millions)

Facebook has been topping the list of Social Media platforms probably owing to the human touch it offers through the various interactions.

How about reaching one in five within nine years?

Crossed 2 billion monthly active users as of quarter two of 2017.

Leading countries with the highest number of Facebook users worldwide

The other Social Media platforms that make their presence in the list are Skype, Viber, Snapchat, Pinterest, Linkedin and Telegram.

Facebook, WhatsApp and WeChat are on the top of the list when it comes to fast growing Social Media Platforms.

Those Social Media platforms which were responsive to the users and offering promotions were pulled to the top of the list.

With such widespread use, social media presents an incredible marketing opportunity.

If you’re not using social media marketing already, you’ll either have to learn it now or lose in the long run.

Facebook reflected most of the expectations of the uses over and above being a highly engaging platform among all the other similar ones.

Content comes in many different forms and that you need to custom-tailor it to each platform.The more important than content, though, is context.

Context: If content is king , then context is god , said by Gary Vaynerchuk . You can have a great Idea.

But if you place it somewhere inside a 2000-word blog post,very few people will see it.

To let you describe the topic of your content or mark it as part of current trends , all use hashtags in social media .

Shares: Shares are all that matters on social media.It is the currency of the social media world

The more shares, the more people love your content.

The best form of engagement that people can have with it.

Let us Have a look on Social Media AD Revenue :

The social media world changes faster than any other online space.

Organic reach is down

In a few months , they have received loads of friend requests, comments, shares, and “likes

But now ,social media platforms are making it increasingly difficult to build an organic following

The more that social media algorithms prioritize advertisements, the more that businesses are willing to pay.

Global Advertising spending from 2010 to 2019 from statista 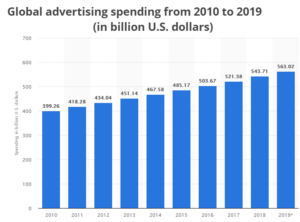 Choose right social media platform for your business to invest money into, that won’t be too big of a problem.

Figure out where your audience is and get active on that platform.

As a Social Media Marketing Company in Coimbatore, Singapore, Dubai and Netherlands we would love to build a brand online and promote it to worldwide.

We have closely worked with the big brands like Pepsi, MCD and much more.

Which platform will you focus your social media strategy on?

And, which site will go big next?

Let me know your guesses and answers in the comments. 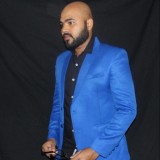 Sivaprakash is Named as Mr.Positive. He is a Social Entrepreneur who loves helping people to reach the next level in their life and career. He is also a Blogger, Trainer, Speaker, and Traveler. Sivaprakash is a Founder of Successfolks.com 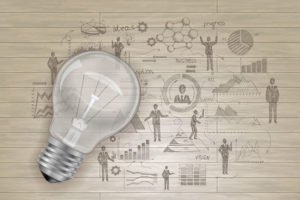